What is the Fraternal Order of Eagles?

The Fraternal Order of Eagles is an international non-profit organization uniting fraternally in the spirit of liberty, truth, justice, and equality, to make human life more desirable by lessening its ills and promoting peace, prosperity, gladness and hope.

The F.O.E. donates more than $10 million a year to local communities, fundraisers, charities and more. As part of its philosophy, the F.O.E. gives back 100 percent of monies raised in the form of grants. Fundraisers are conducted for eight major charities, including kidney, heart, diabetes, cancer and spinal cord injury funds, a children’s fund, memorial foundation and the Golden Eagle Fund. 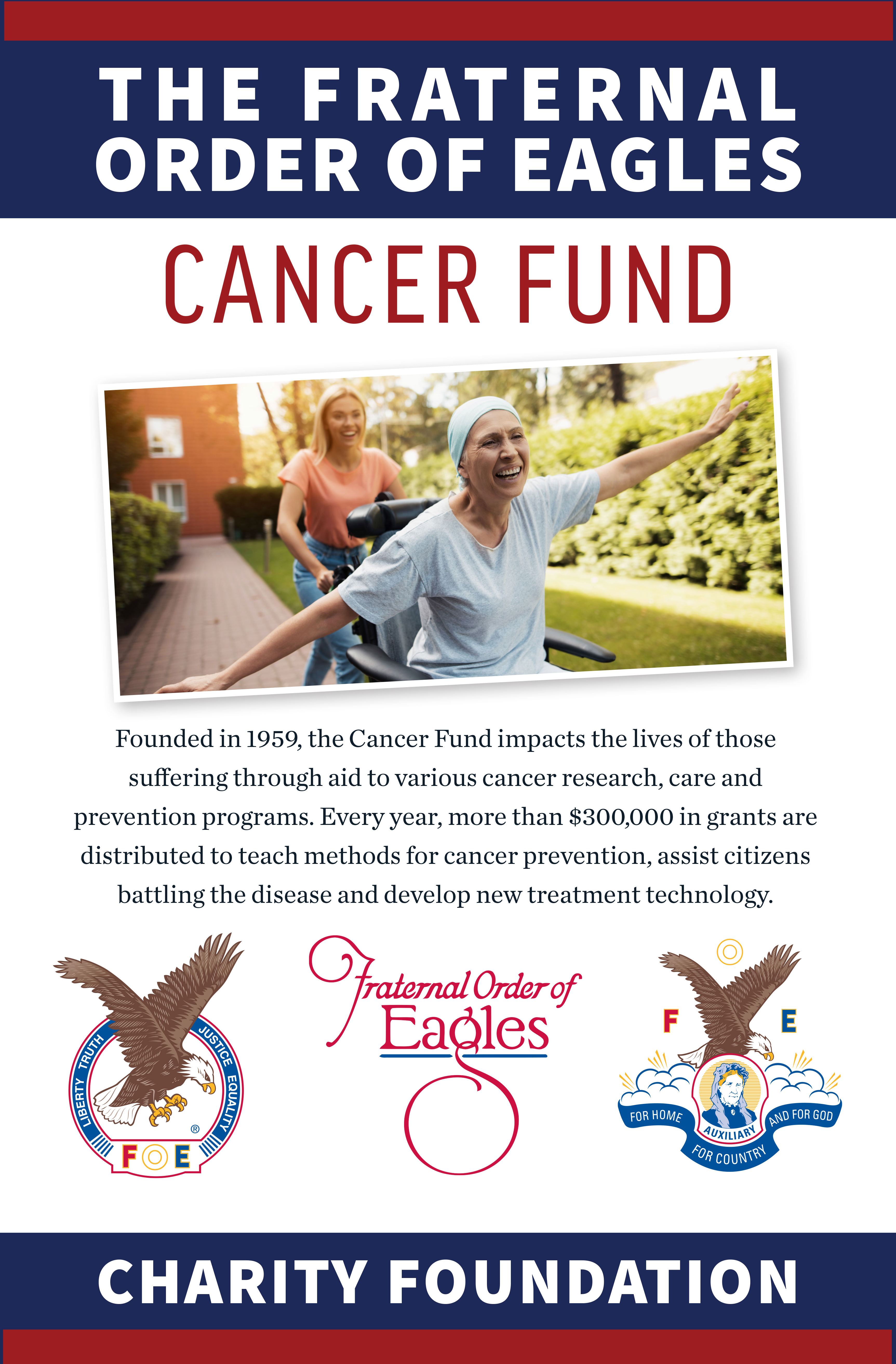 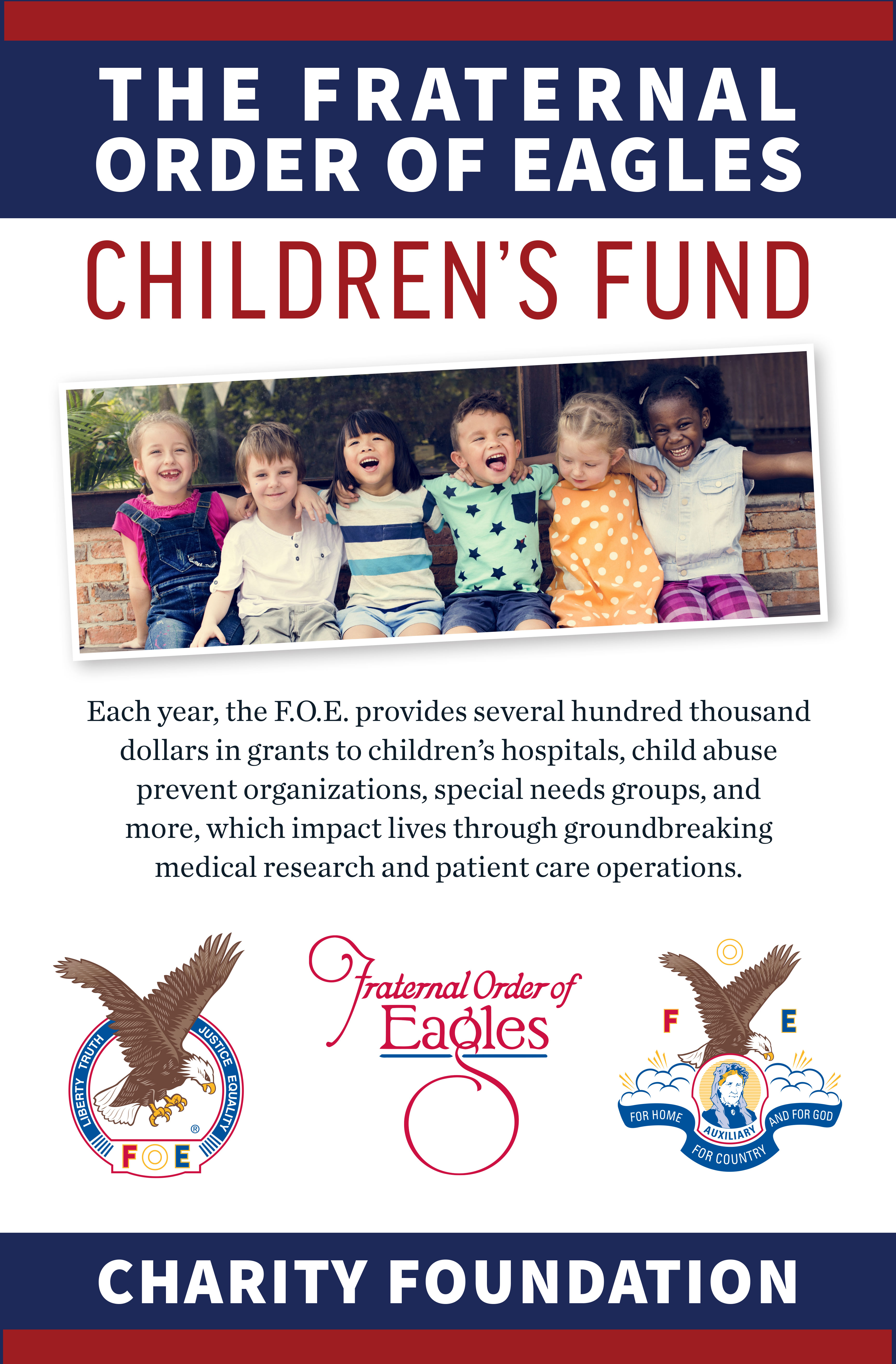 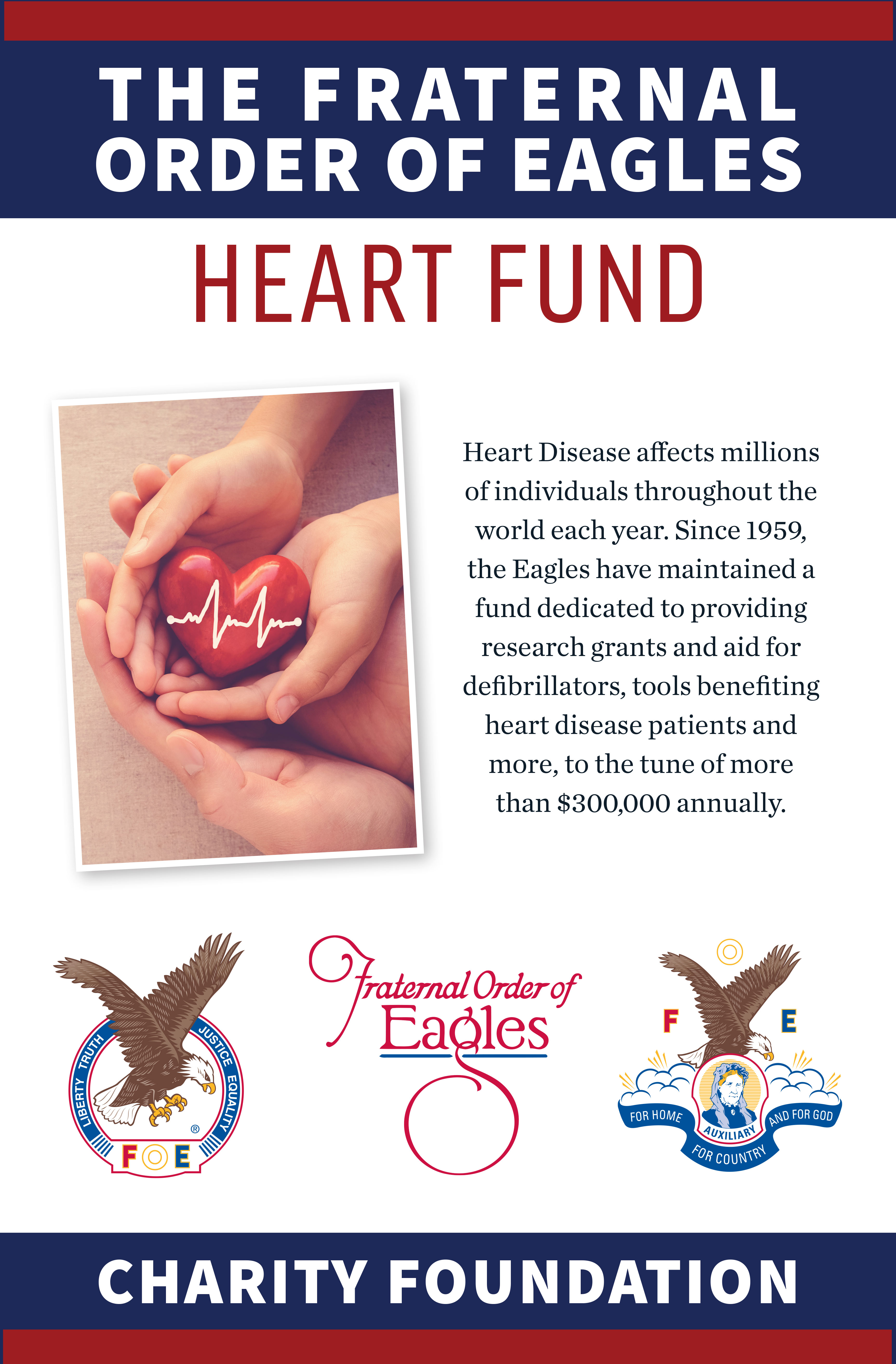 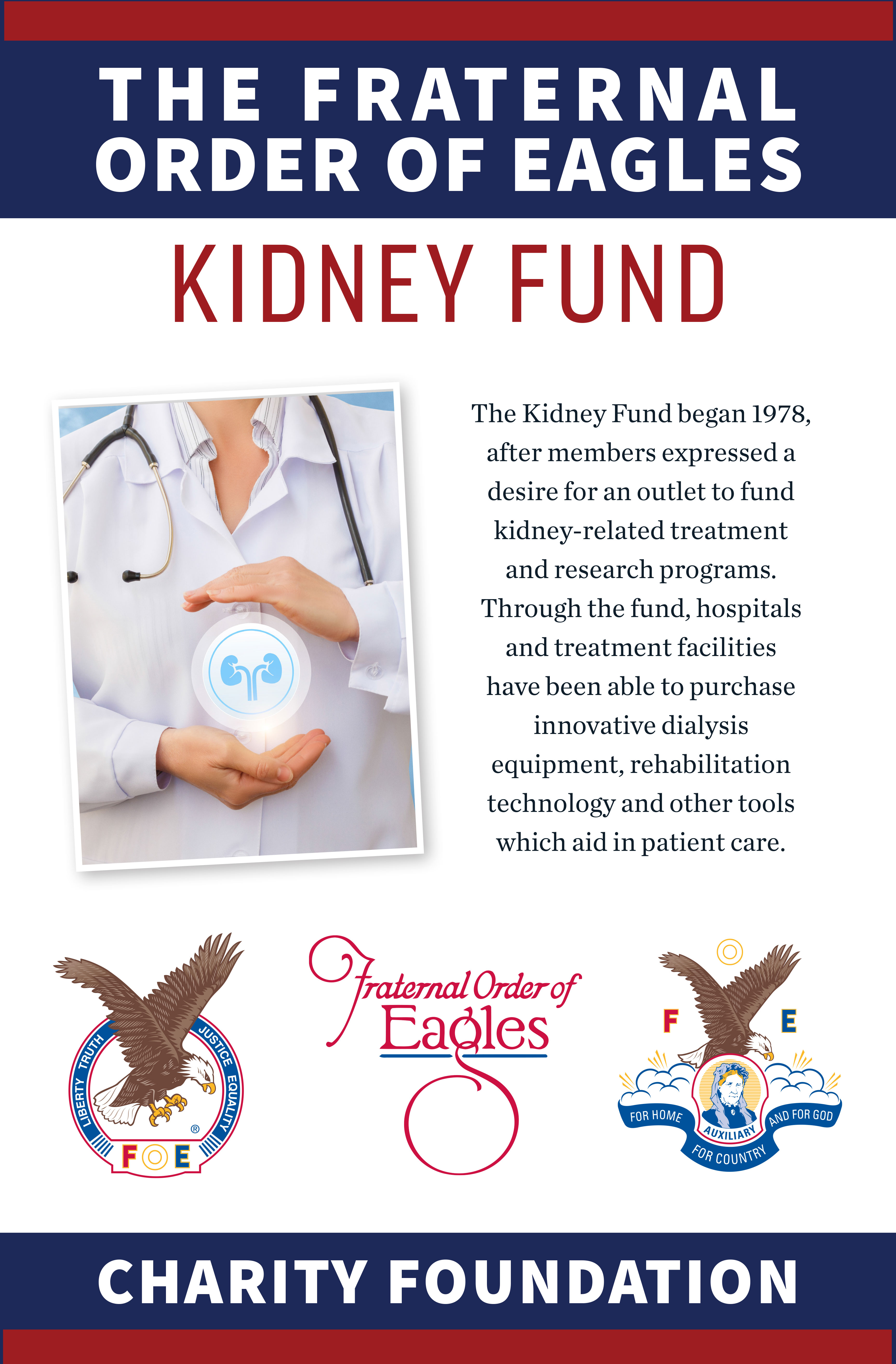 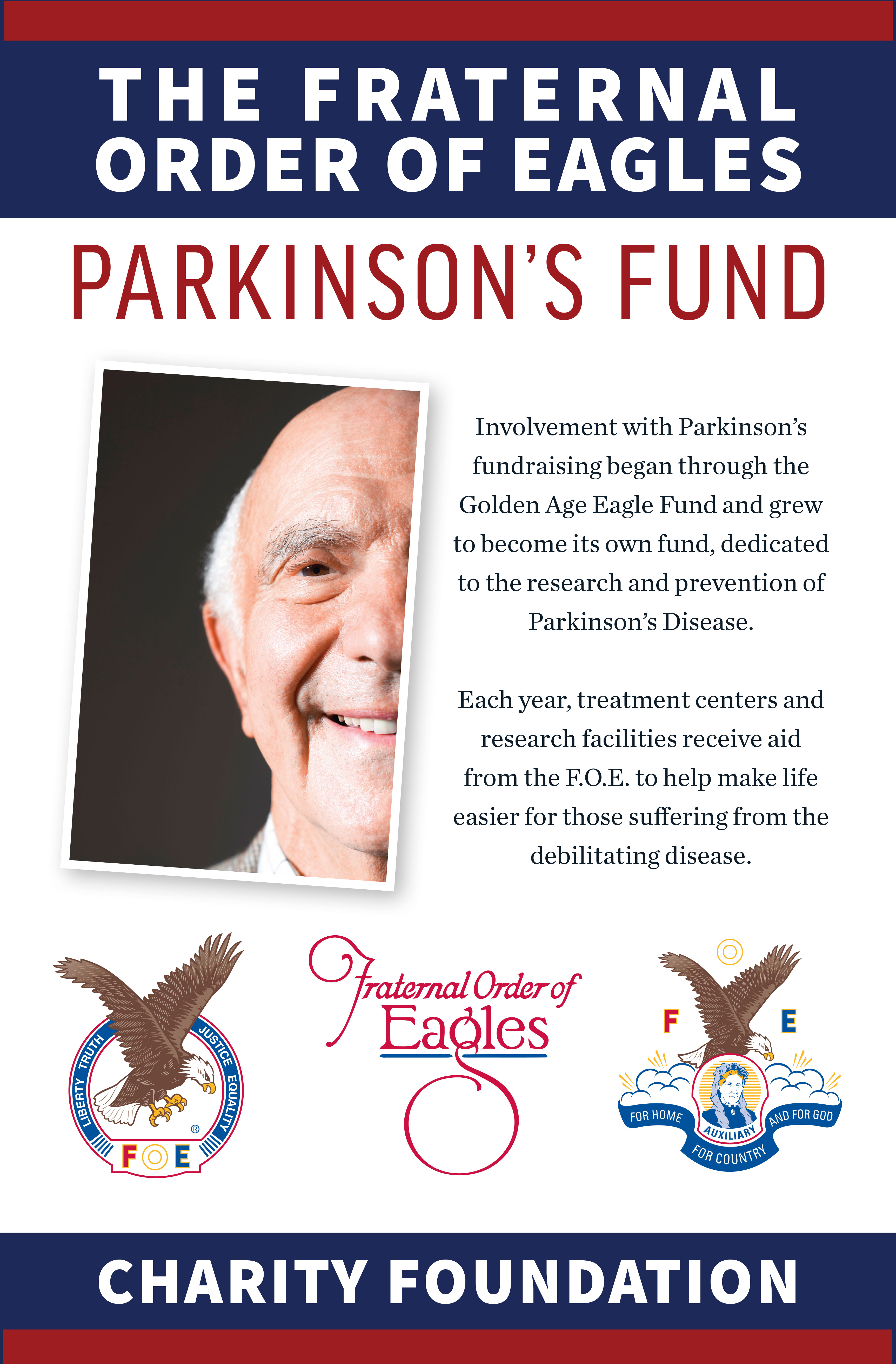 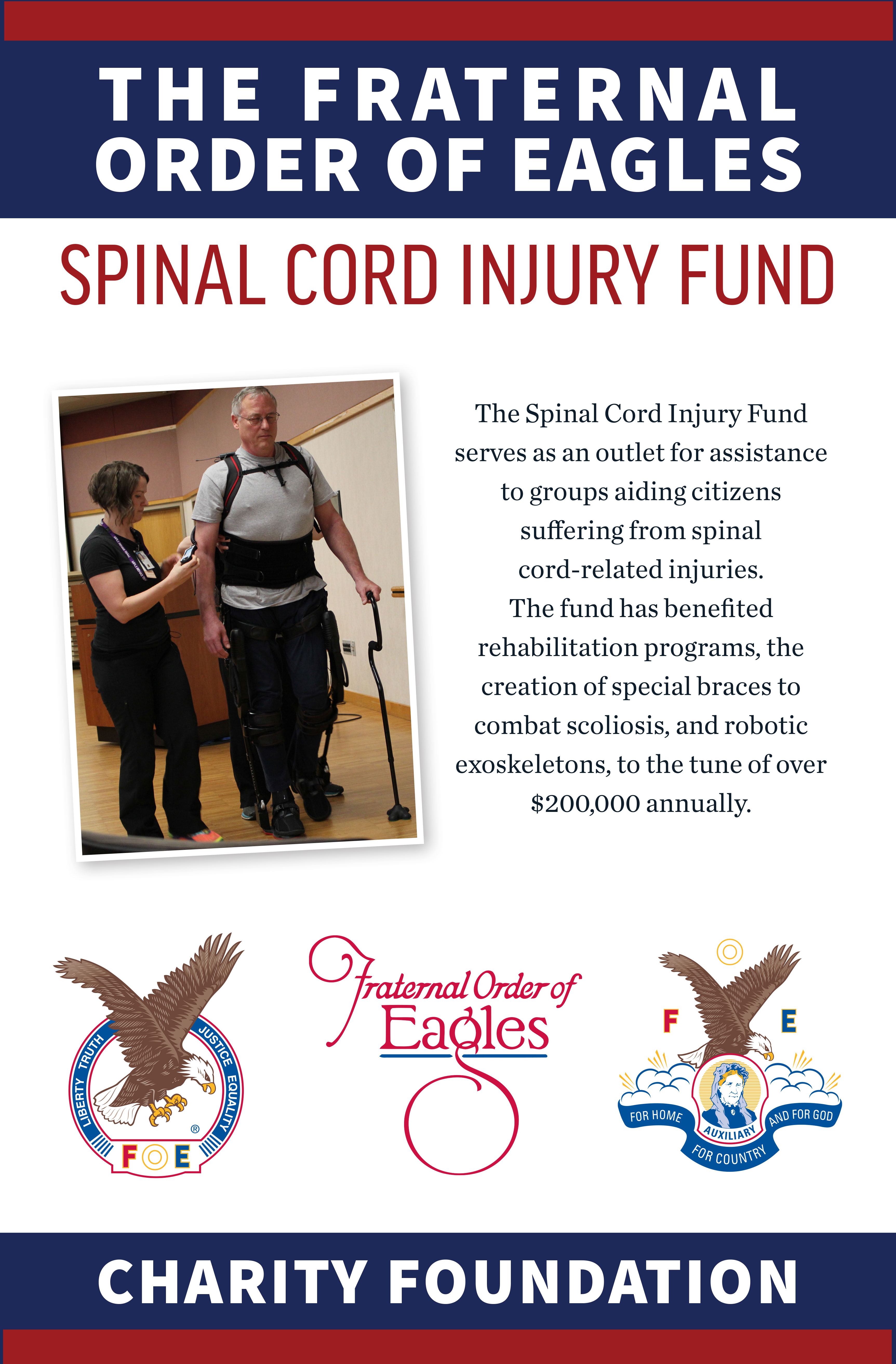 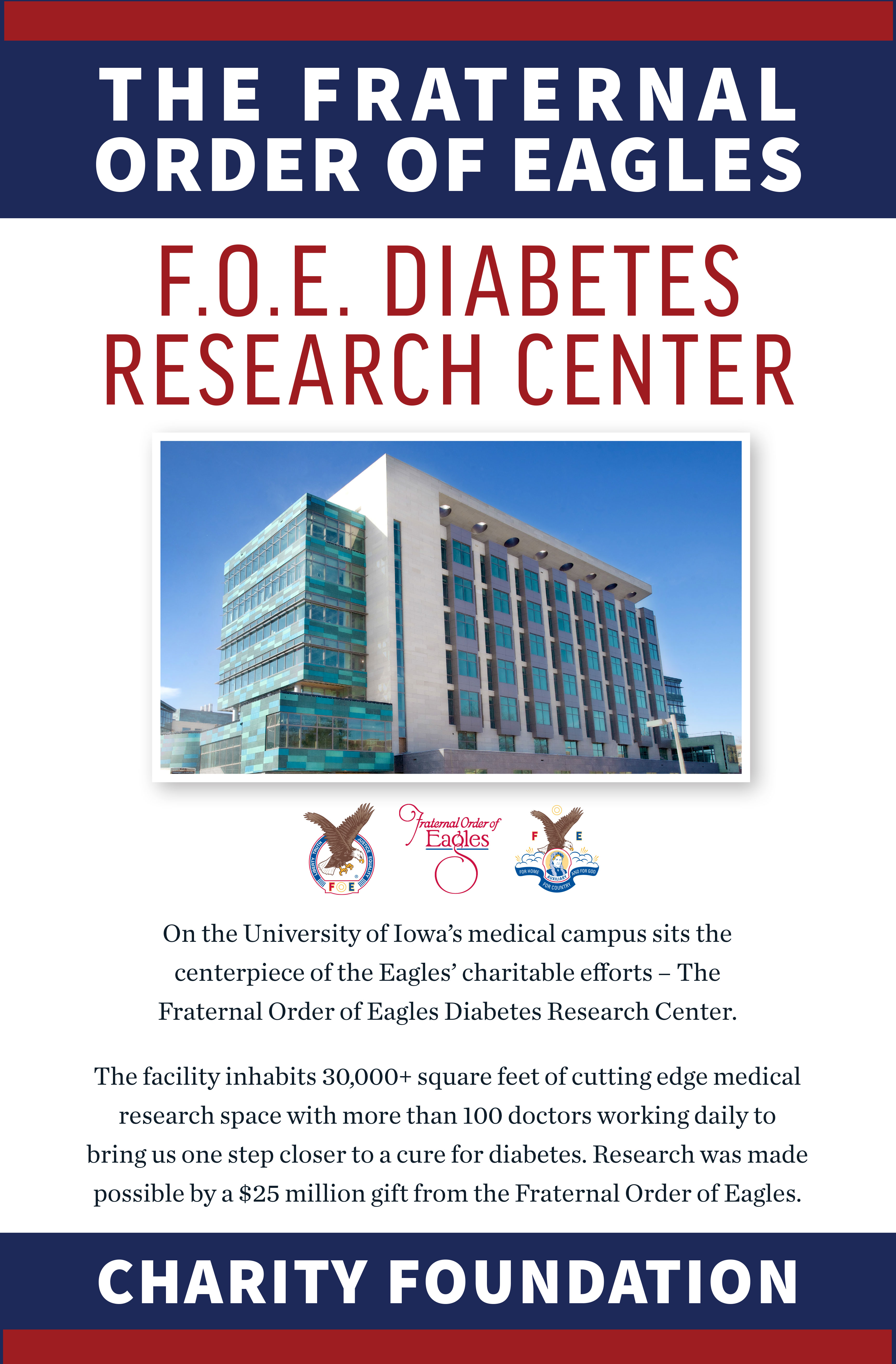 Meetings start at 11am.

May 21st is the District Installation / Memorial / Luncheon date.